The European Union currently finds itself in a strategic environment that has changed fundamentally over the past years. The international system is in flux, with shifting power balances, the emergence of new actors on the global stage, and new threats to Europe’s security. The EU now faces the ongoing conflict in Ukraine, civil war in Syria, terrorist attacks on its own territory, radicalisation, a refugee crisis, cybercrime, climate change, and energy dependency, to name but a few of the most pressing issues.

In our multipolar and globalised world, these challenges cannot be solved at the national level but require cooperation. The economic crisis and ensuing reductions in defence and security budgets only underscore this. To protect Europe’s interests both at home and abroad, the European Union offers the best forum for cooperation on defence and security issues.

However, the current crises have revealed the limited capacity of the EU in crisis management, and oblige it to formulate a better response to the ongoing security crisis urgently. Furthermore, the EU heads of state seem reluctant to develop a comprehensive and coordinated response to the different challenges Europe faces. European citizens however expect concrete answers in the short, medium and long term to the current security challenges. In order to develop a common and effective European response to the various security challenges that it faces, the EU needs to:

High Representative Federica Mogherini will prepare an EU Global Strategy on Foreign and Security Policy, to be presented by June 2016. This strategy should be realistic, streamlining the existing strategies and policies and set top priorities that all Member States share and should adhere too. A European White Book on Defence should be developed following on this strategy, in order to concretise the priorities in terms of capabilities.

The strategising and prioritising exercise undertaken by Federica Mogherini will not ensure effective and common action unless there is political will in the Member States to cooperate and devote resources to common action. It will only have impact if Member States actively convey a joint message and pursue the same priorities, also in other international fora.

·       Use existing provisions and tools

The Lisbon Treaty contains several articles that have never been implemented, such as articles 20.2 on enhanced cooperation, 44 on the flexibility provision, and in particular 46 on Permanent Structured Cooperation. The first invocation of article 42.7 on mutual assistance by France should be used to further develop concrete security and defence cooperation. The actual deployment of the existing EU Battlegroups would also be a step in the right direction.

·       Complete the single market for defence

The completion of the single market for defence, following on existing Commission plans, is an important element for a closer integrated and more competitive defence industry, as well as civilian and military synergies in research and technology. It will ensure a more efficient use of resources in times of austerity, while increasing Europe’s capability to face security challenges.

Fully exploiting the above options is not enough to respond to the challenges Europe faces, and new areas of the defence cooperation should be explored. Increased cooperation in the field of cybercrime in the form of a Cyber Command could be a start, as well as the setup of a permanent civil and military headquarters. Following on the above steps, the concept of a European army in the form of pooled capabilities and harmonisation among EU armed forces should be pursued, with special attention to the right of civilian and military personnel.

Coordinated, impactful and joint action is needed to respond to the ongoing security challenges and future challenges. An immediate response is key, and in this light short-term and practical measures, using existing policies, tools and treaty provisions should be prioritised. With that in mind, however, only deeper integration in the field of defence and security policy will allow the European Union to maintain its military capabilities, strengthen its global position and permanently ensure its security.

EU Global Strategy on Foreign and Security Policy: what should it contain?

The EU Global Strategy on Foreign and Security Policy is currently being prepared by High Representative Federica Mogherini. This strategy should start from the core function of the European Union: ensuring peace and security on the European continent, whilst respecting European values. Furthermore, it should decide on a limited set of key priorities. These key priorities can include different sub-priorities or themes. Without pretending to present an exhaustive list, the following elements should be addressed throughout the strategy:

Addressing the current refugee crisis in Europe asks for a focus on the causes of the refugee flows. There is a clear security dimension in addressing those conflicts that result in the displacement of people, such as the war in Syria. The implementation of the so-called EU Agenda on Migration should be fully coherent with the overall direction of EU foreign policy.

Structuring relations with Europe’s different neighbours and partners should form a key part of the strategy. The recently reviewed European Neighbourhood Policy should, as is intended, be closely integrated in the EU Global Strategy, and its policies should be in line with the overall strategies set for EU security and foreign policy.

Climate change and security are closely interwoven. Not only does global warming pose a direct threat to Europe – for example in the rising sea level – the impact of global warming is often aggravating existing tensions and security problems elsewhere, not in the least in the form of mass population displacement, for example through droughts, water shortages, and poor harvests. Climate change is one of the key challenges that no state can solve by itself, thus asking for closer cooperation on a higher level.

Energy plays a role in many of the conflicts in Europe’s neighbourhood and has a strong geopolitical aspect. Europe’s energy dependency makes it vulnerable, and diversification and integration of European energy markets is therefore important. Externally, cooperation in energy matters might have a positive effect on current conflicts, and continuing to purchase Russian gas, in addition to diversification, will put the EU in a stronger position vis-à-vis Russia. 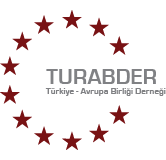